All spoken languages are rich in idiomatic expressions. In English one could quote “a piece of cake”, “To be broken”, “To be broke”. In Spanish “tirar la olla” (“to throw the pan” / to give up, to give up something). Many of these expressions have their roots in history and are part of our daily lives.   Today we are launching a new series with 10 French idiomatic expressions that you can use in everyday life but especially in business meetings! You will know everything about the origin of these expressions but above all how to use them!

Here are 10 French expressions to discover and consume without moderation!

Among the French expressions “répondre du tac au tac” comes from the fencing world where, since the 19th century, “to respond from slam to slam” has meant “to respond quickly to an assault”, the ‘slam’ designating the sound of irons banging against each other.

During a brainstorming session, employees can be asked to respond to each other on a topic. We will therefore invite employees to respond quickly.

Histoire/ explication : This expression first appears in literature in the 19th century, its origin is neither known nor documented. So the mystery remains! “Porter ses fruits” is used to talk about an action that produces useful or interesting results. Comment l’utiliser ? During the meeting you can ask your colleagues if this or that project is going to be successful. That is to say, are there interesting, positive results. Exemple :

🇫🇷 If you need to progress in French for your professional needs, come and discover our French courses, in immersion or online.

Meaning 👉  : to mitigate conflicting differences / to calm the game

Here the angle is the representation of an argument or disagreement between several people. On the contrary, the roundness represents diplomacy. The person who “arrondi les angles” is therefore the one who tries to bring calm to a tormented, stormy discussion.

In the work environment many situations can be considered stormy or tense. Whether between employees or with customers, these situations are numerous. When you want to calm the situation down, you have to round off the angles. There are several French expressions, including this one, which does not lack clarity.

This expression dates from the end of the 19th century. Indeed, the first lifts in operation did not allow automatic ascent and descent, so it was necessary to “renvoyer l’ascenceur” so that other users could use it. This act of good education has gradually become part of our everyday language to express gratitude but above all the fact of returning a favour, a service.

In the world of work, mutual help between colleagues is the key to a cohesive team. When one employee does a favour for another, the latter can return the favour. In other words, he or she will do the other person a favour in return.

Hugo needs help to write an article because he is in trouble. Paola, his colleague, is going to help him on a voluntary basis.

These French expressions will be very useful in your work meetings.

At a meeting many things can be discussed. Sometimes it is necessary to hold several meetings to discuss the progress of projects or topics on the agenda. It is therefore normal to keep your staff informed of progress.

During a meeting Hugo, a journalist, has to interview several people in order to write an article. His boss will therefore ask him to keep him informed/informed about the progress of the interviews.

“La bouchée” is the amount of food you put in your mouth. Sometimes, for many reasons, it is necessary to eat your meal quickly, so the bite size must be doubled or even tripled. Therefore doubling the bite size simply means going faster or accelerating the movement.

In companies it is often necessary to speed up the movement or pace. This expression is therefore often used to ask a person or a group of people to redouble their efforts and speed up the pace of work.

Hugo has still not been able to publish his article. His disgruntled boss is going to ask him to work faster.

By the way! If this expression has made your mouth water, you should know that we offer a French and cooking course which has been a great success since we launched it.

The art of convincing with well-used French expressions

Meaning 👉  : be competent to do something

In the 19th century the dictionary of the Académie Française defined the string as a musical note or sound. It was therefore normal to say of someone’s voice that it was “pleasant in the low or high strings”. Faced with this definition, we can deduce that a musical piece can be in the strings of a singer, if the latter has the technical level necessary to be able to interpret the piece. This expression then spread to other areas, other than music, to indicate that someone has the skills to perform a task.

In the context of a meeting, the skills of each person are solicited. However, it is sometimes possible to question or question a member of staff to find out whether he or she has the competence to do this or that. We will therefore ask them if it is within their capabilities.

Mr Barron, a newspaper owner, is going to assign new tasks to one of his employees, Hugo. During a meeting he will ask him if he feels capable of carrying out the task.

Meaning 👉  : help someone / do someone a favour

There is a mystery surrounding this expression. Indeed, we don’t really know where this expression comes from. However, we can easily understand its meaning by looking at the symbolism of the hand. Generally speaking, “reaching out” is synonymous with help or generosity. The hand will be extended to the most destitute to help them. It is in this sense that we must analyse “donner un coup de main“. The notion of aid is still present, but there is also a practical side with “a helping hand”. Therefore “donner un coup de main” means helping someone voluntarily and on a one-off basis.

We have seen above one of the French expressions “renvoyer l’ascenseur” that one can use for one action in exchange for another. Here “donner un coup de main” does not mean favour against favour. In a meeting, if a person needs help, we can offer our help, give them a hand.

During the meeting Hugo mentioned the difficulties he had encountered in writing his article. Paula is going to offer her help.

This expression appeared in the 16th century, but it is likely that it existed in another form long before that. The meaning of this expression is very simple to understand: if someone by throwing a stone manages to hit two different targets, it is said that he kills two birds with one stone. It is therefore quite understandable that this is also the case when one carries out an action and obtains two or more results.

In meetings, when making decisions or when setting objectives, this expression can be used when an action achieves two or more results.

During the meeting Mr Barron asked Hugo to work on a new project. Paula is working on a similar project and she will suggest working with Hugo. This way they can pool their skills and by working together they can each achieve results.

Meaning 👉  : giving up, renouncing a project or action

Boxing enthusiasts are well aware of the origin of this expression. Indeed, until a few years ago, the boxer’s manager used a sponge between rounds to wipe the sportsman. During a round, if the boxer was beaten, he would throw the sponge into the ring, which meant that the fight was abandoned. This expression has been used outside the context of boxing since the end of the 19th century. So the expression means to abandon an action, a project.

In the business world it is sometimes necessary to give up or abandon projects because they are not feasible. We will therefore talk about throwing in the towel.

In a meeting Hugo will explain to his boss that he is unable to obtain crucial information for one of his articles. The boss is going to ask him to give up his project.

We hope this article on French expressions has more for you.

There are many others that we will be pleased to present in a future article.

You are now ready to shine in meetings!

Feel free to leave us your comments or ask us questions!

Discover our other schools: 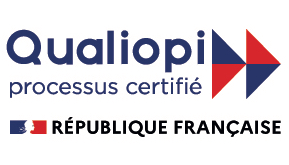